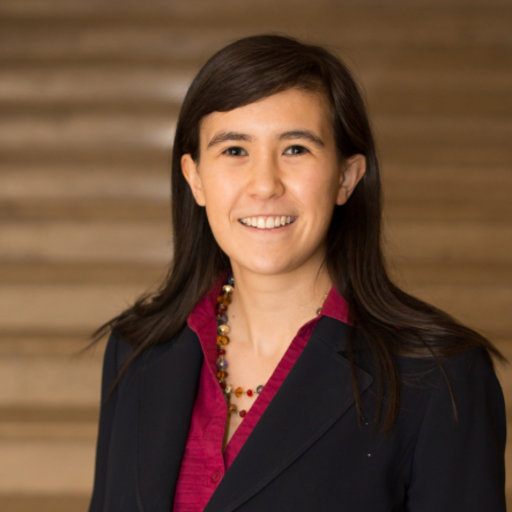 Sharena Rice is now pursuing a PhD in neuroscience at the University of Michigan. For Sharena, neuroscience is a beautiful integration of perspectives from her studies in biochemistry, philosophy, and psychology to gain a greater understanding of how thought works. She completed her undergraduate studies at California Lutheran University. The move from southern California to Ann Arbor makes Sharena colder and wiser by the day. During her PREP year, Sharena worked with Dr. Michael Sutton’s lab. She researched homeostatic synaptic scaling using electrophysiology techniques on genetically-engineered mouse cultures. In her free time, she enjoys meeting random people and making robots. 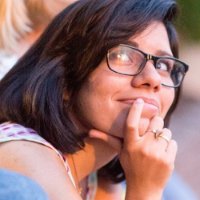 Frances M. Acevedo-Mariani was born and raised in the city of San Juan, Puerto Rico. She attended the University of Puerto Rico, Rio Piedras Campus (UPR-RP) in San Juan where she completed her bachelor’s degree in Chemistry. During her time at UPR-RP, she developed her scientific skills while she collaborated and worked with several faculty mentors during the academic year. She was able to be part of different research fellowships such as MARC (Maximizing Access for Research Careers), PRLSAMP (Puerto Rico Louis Stokes Alliance for Minority Participation), among others. Also, as part of her development as a future graduate student, she did three summer internships including Rutgers, The State University of New Jersey, University of Pennsylvania, and University of Michigan. She was part of PREP at the University of Michigan where she worked with Dr. Anna Schwendeman’s laboratory in the department of Pharmaceutical Sciences. She spent her time characterizing the physicochemical properties of ApoA-1 mimetics, in this case 22A peptides with different amino acid substitutions in order to develop an optimized synthetic high density lipoprotein (HDL) for treatment of arteriosclerosis. She will start her graduate studies in Chemistry at University of Michigan in hopes to specialize in the development of drug delivery systems to treat neurodegenerative diseases such as Alzheimer. 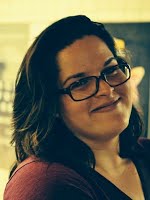 Hannah Lust was born and raised in Bangor, Maine and attended the University of Maine at Farmington for her undergraduate career. During her time at Farmington, Hannah completed her degree in both Biology and Psychology while also playing softball and staying active in the field of science through various research fellowships. Hannah’s first major exposure to full-time research occured at the Mount Desert Island Biological Laboratory as an INBRE Fellow in Dr. Dustin Updike’s laboratory. Spending the summer off the coast of Maine fully immersed in research allowed Hannah to realize how much she truly loved science. Following graduation, Hannah chose to pursue a career in science and decided on taking a year off prior to applying for graduate school in order to narrow down her interests and focus on expanding her research skills. During her time at Michigan, Hannah joined Dr. Gary Huffnagle’s Pulmonary and Critical Care laboratory where she examined how major alterations in the gut microbiome (dysbiosis) have the potential to dysregulate GI mucosal immunity and lead to the development of immune responses to ingested antigens. After worked in the fields of microbiology and immunology for the year, Hannah realized that she wanted nothing more than to continue learning about the human microbiome and to focus her research on this area of microbiology. Due to this fascination, following her time at Michigan, Hannah moved back to the Northeast to join the Molecular and Cellular Biology graduate program at Dartmouth College.

Caroline Arellano-Garcia received her degree in Biotechnology from California State University, Northridge in 2015. She completed two years in the PREP program. In her first year, she conducted research in the lab of Dr. Celina Kleer working on several projects focusing on aggressive breast cancers. Her contributions to studying the downregulation of the WNT1-inducible-signaling pathway protein 3 (WISP3) and its role in metaplastic breast carcinoma have been published in Oncogene. Her contributions studying the Discoidin Domain Receptor 2 (DDR2) in breast-cancer associated mesenchymal stem cells (MSCs) and its role in breast cancer metastasis have also been published in Cell Reports. A third manuscript investigating p38-mediated phosphorylation of the Enhancer of Zeste Homolog 2 (EZH2) and how it contributes to breast cancer metastasis is currently under review. She presented this research at the American Association for Cancer Research (AACR) Annual Meeting in 2016 and received a travel scholarship to present at the Society for Advancement of Chicanos & Native Americans in Science (SACNAS) Annual Conference. During her second year of the PREP, Caroline worked in the lab of Dr. Kate Barald studying two novel non-steroidal compounds in the treatment of Neurofibromatosis Type 2 (NF2). She presented this research at the AACR Annual Meeting in 2017 and is co-author in a fourth manuscript.

Caroline is thankful to the Michigan PREP for greatly advancing her research experience, publication, presentation and scholarship record. Caroline has been awarded the ADVANCE Summer Institute Fellowship to transition early into graduate school at Stanford University. 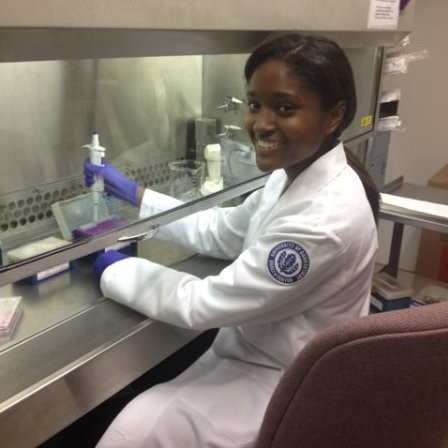 Chelsea Stephens worked in a cartilage regeneration lab, under the mentorship of Dr. Rhima Coleman, to study the effects of BMP-signaling and mechanotransduction on the initiation of chondrogenesis and chondrocyte maturation in neural crest cells and limb bud cells. Chelsea has an interest in stem cells research and the development of biomaterials for bone and cartilage tissue repair, and decided to pursue her Ph.D. at Cornell University in Biomedical Engineering. During her two-year PREP experience, she lived on the west side of Ann Arbor, past Kerrytown and off of Miller Avenue and Newport Road, which was about a 45-minute commute, via TheRide city bus, to North Campus (Bus Route #: 32A (Miller)/33(Newport) and 22). Outside of the lab, Chelsea enjoys going to the movies, getting manicures, and practicing hot yoga. Chelsea is now a Research Fellow at Syracuse University.